When the pandemic hit Argentina in March 2020, the economic situation had been poor for some time, Camila Arza writes in her report for the CRC 1342 Covid-19 Social Policy Response Series. The GDP growth rates had been low or negative for several years, inflation was high and the government was in the process of renegotiating its debts with external creditors.

This poor starting position was complemented by the fact that in Argentina, most workers are poorly protected against unemployment – either because they are not covered by unemployment insurance (informal worker or self-employed) or because the benefits are low.

The government responded to the pandemic-related economic crisis with measures in three areas:

1. Measures related to private enterprises, their employees and the self-employed
- Social contributions were deferred and reduced by up to 95% in particularly hard-hit sectors.
- Short working hours allowance in sectors severely affected by the lockdown (government pays up to 50% of wages): 230,000 companies and 2.3 million employees benefited from this in May 2020, 217,000 companies and 1.9 million employees in June.
- Concessionary loans for enterprises and self-employed persons
- Increase of unemployment benefits (from an average of ARS 4,400 to between 6,000 and 10,000)

3. Social protection policies
The government implemented three main programmes to support informal workers and vulnerable families.
- The Emergency Family Income, addressing working families without a regular income. The benefit was paid three times between April and September; each payment was ARS 10,000 (about 59 % of the minimum wage). When applying, no family member must have any income from employment or benefits. In spring 2020, 8.6 million people received the benefit – up until October 2020, the spending on Emergency Family Income was US$ 3.5 billion (about 1 % of GDP).
- Families that were already receiving benefits of regular cash transfer programmes, were granted an additional single payment. A similar bonus was paid to pensioners.
- Finally, the government was extending food programmes.

"Despite these policies, the social and economic shock of the pandemic was huge", Camila Arza writes in her conclusion. "The impact was unequal across economic sectors and occupations, with informal workers and lower income self-employed being particularly affected."

See the other parts of the series: CRC 1342 Covid-19 Social Policy Response Series 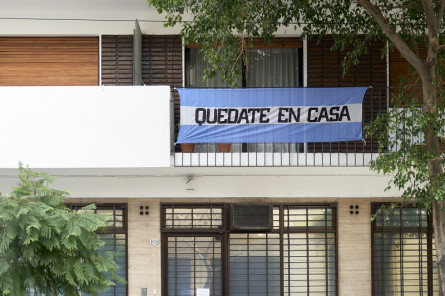