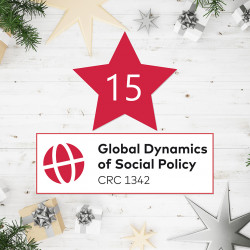 While researching migration policy in the Global South, it’s crucial not to forget the historical linkages to the Global North. In Project B04, the team was reminded of this during their fieldwork in Buenos Aires: At the Museo de la Inmigración in the Argentinian capital, they stumbled across a list of migrant passengers on a ship from … Bremen! In total 7.2 million people migrated to the Americas via Bremerhaven. 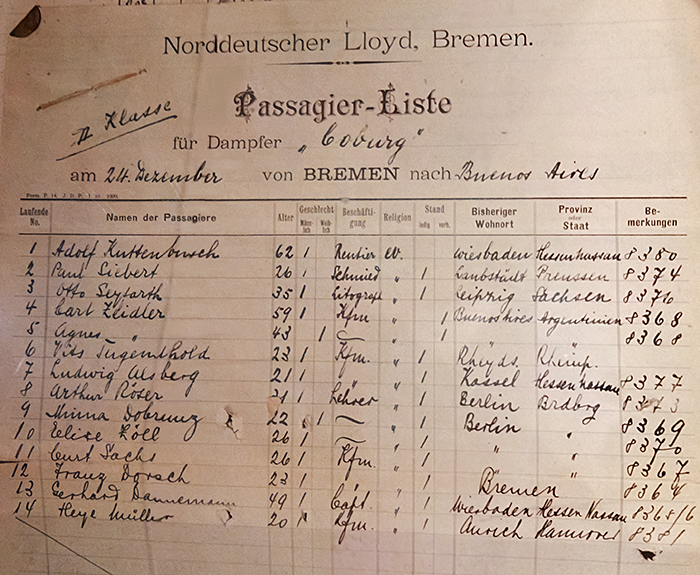 There must have been many more people on the steamer Coburg than the 14 people listed above (who were travelling second class and were mainly merchants). They came from all over the coutnry to leave the German Empire behind. The ship left Bremerhaven on 24th of December 1910 and reached Buenos Aires in January 1911.

More information on project B04: Open Welfare States? Social Protection of Labour Migration and its Repercussions for National Policies