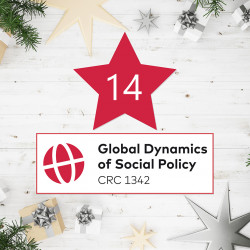 Work-injury laws around the world

Work-injury laws have spread around the globe quickly. The sharpest rises in the figure below are due mostly to the founding of many new nation states. Most states that are founded adopt laws relatively quickly, many have laws that they carry over from pre-nation state times (like colonial times for example).

The lack of coverage has to do with the nation state formation. Many nation states have very little power or governmental regulation. In many sub-Sarahan African countries for example, government laws really only directly regulate a fraction of the population. Thus social welfare policies only apply to those working for the government, or closely aligned with the government like in government contracts as private entities. The remainder of society is often organized locally with local accounting, welfare and social organization. Also, part of the story is that many of these countries adopted 'universal' work-injury laws to appease the ILO, to look good in the international setting.

For more information on the international dissemination of work-injury laws:

More information on project A02: Constituting the Welfare State in a Global Perspective. Determinants of Social Security Programmes