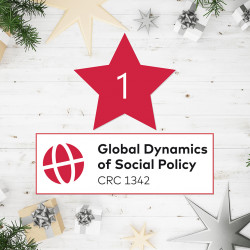 "Bias towards the North may hinder novel knowledge production"

Gabriela de Carvalho, Achim Schmid and Johanna Fischer have examined the literature on health care system classifications. The existing typologies, the team has found, have a strong Global North bias and thus fail to capture important features of health care systems of the Global South. Gabriela de Carvalho, the first author of the paper published in Global Social Policy, explains some details of their findings and what this means for researchers and policy makers.

You have reviewed the literature for existing classifications of health care systems and found that they are poorly suited to support research on the Global South. What is the reason?

Gabriela de Carvalho: The main goal of our research was to evaluate the health care system typology literature and its ability to capture the particularities of health care systems of the Global South. The findings of our study points to limitations of several features of existing typologies: their coverage, methods used, and criteria they build on. Regarding coverage, health care systems of LMICs (low- and middle-income countries) are rarely taken into consideration in the literature, as classified cases consist of a 1:5 ratio of Global South to Global North countries. With respect to methods, the overreliance on inductive approaches to classification often excludes countries that cannot be measured in numeric terms. Health statistics mostly focus on the Global North, and has only recently included more data on countries from the South, hampering the analysis of arrangements beyond high-income nations. The use of inductive typologies to classify systems may result in poorly informed classifications especially if the study aims at the creation of a tool for applicability beyond their sample of cases. With regard to the criteria and characteristics health care systems are compared by, dominant features of health care systems that mostly exist in LMICs such as the segmentation of the system for different population groups, are not taken into consideration in many typologies. This often results in typologies that do not capture the empirical reality of the South.

In your paper you write that the health care systems in many countries of the Global South are very different from those of the Global North. What are the most important points?

Gabriela de Carvalho: All health care systems regardless of the country face numerous challenges and the current pandemic made this even more evident. Still, it is undeniable that systems of the Global South endure even greater financial and technical constraints. Besides larger disparities in health care per capita spending, number of health care professionals, and burden of diseases, LMICs are more prone to rely on international actors (transnational organisations, INGOs, and third countries) to finance, provide services and even regulate their systems. Another very important characteristic of many health care systems of the Global South is segmentation, the coexistence of different schemes targeting different population groups according to income, social status and/or type of employment. As a general rule, the poor are beneficiaries of public services due to their exclusion from formal employment, while the upper classes are covered by social and/or private insurance. This stratification leads to extensive health inequalities, as public services only provide basic care, and supplementary services are only used by those who are able to afford them.

What do you see as the reasons why these aspects have not been sufficiently considered in the classification literature so far?

Gabriela de Carvalho: In general, we believe that scientific research is still concentrated in and revolve around OECD countries due to data availability, financial and technical resources, institutional capacity, and the interest of researchers. Of course, recent decades have seen an expansion of (health care systems) scholarship on LMICs, mainly in the form of in-depth case studies, but it still lacks in comparison to the Global North literature, especially when systematic comparison is concerned. If more varied cases are not taken into account, the literature will continue to only partially represent the empirical reality, amplifying the ‘invisibility’ of less studies countries/regions. Particularly to the scholarship we are analysing, it is clear that classification and the development of meaningful typologies is much more complicated when dealing with countries of the Global South. Reasons for that vary from segmentation/parallel (public) systems, parts of the population and/or health services left to markets, and the existence of less „mature”systems. While systems found in the Global North can also be mixed or hybrids in some way, it is much harder to condense the information and assign an LMIC to an ideal type.

What are the consequences of the mismatch between the existing classifications in the literature and the health systems existing in the Global South - for scientific research and for practice/policy?

Gabriela de Carvalho: As the literature often relies on health care systems of the Global North to develop classificatory tools, it seems reasonable to assume that the models resulting from these typologies are more prominent and influential in shaping researchers and policymakers’ ideas of what a health care system does – and should – look like. We argue that high-income examples can be (mis)interpreted as portraying ‘best’ models or ‘benchmarks’, which may lead to standard setting for other countries, disregarding particular and fundamental characteristics of health care systems in LMICs. This could also translate into policy advice being modelled in terms of the well-known types. For scientific research, this bias towards the North may hinder novel knowledge production that could potentially focus on less analysed cases, as research tends to gravitate around seminal works, leaving aside unfamiliar cases or new theoretical considerations.

More about the research of Gabriela de Carvalho, Achim Schmid and Johanna Fischer and the whole project A04 team:
Global Developments in Health Care Systems and Long-term Care as a New Social Risk