"To what extent is China as an authoritarian country influenced by international organizations?" 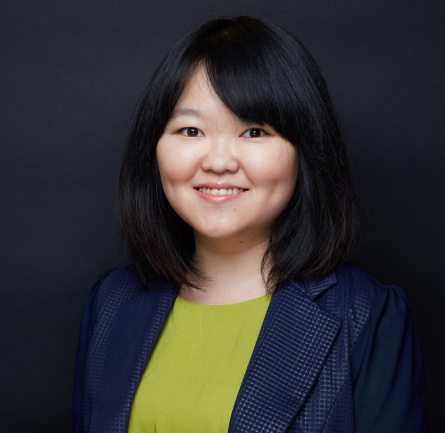 Diana Bao
Harvard graduate Diana Bao is a business founder, has worked as a consultant and has even produced a musical. As a PhD student associated with project A05, she is now investigating the influence of international organisations on China's education policy.

Dear Diana, you have started your PhD journey in Bremen in September as a BIGSSS fellow. But you are also associated with our project A05. How did that come about?

Well, let me start with how I approached to Professor Kerstin Martens, who is now my supervisor. I have a background in international relations and education, and I am always interested in how these two disciplines interact. I have worked as a translator back home in China, having translated books on education systems in Finland and Singapore and their performance in PISA assessments. This is one example what sparked my interest in international organizations and their influence on national education policy. When I was searching the internet for prominent scholars in this field, I found Kerstin and her team at the University of Bremen.

January 2022. I was quite bold, to be honest: I just sent Kerstin emails, told her I really like her research (particularly all the works of A05), and then asked her, if there was any chance I can study with her. That's how my PhD journey started. After rounds of communication and a zoom interview, she said she's willing to supervise me in my PhD project. So I applied for BIGSSS, and now I’m here.

What idea did you pitch to Kerstin for your PhD thesis?

I guess, with your personal experience you are referring to Shanghai, where you grew up?

Yes, I grew up in Shanghai, which is a metropolitan city highly influenced by lots of international ideas. I want to find out if this is representative for China or not.

Exactly. It's very complex. China is large and there are many layers, in terms of power structures and influence. I've worked in an educational technology company, cooperating with the educational bureaus in China to try to eliminate education inequality. In this position I've been to most of the provinces and visited more than 50 schools in China, which has built my understanding of China's education system. I'm wondering if ideas, for instance from the OECD, would impact China’s education system gradually, not only Shanghai. My personal observation would suggest a model that starts from Shanghai. For example, OECD ideas travel from Shanghai to China’s central government in Beijing, where these thoughts were combined with other elements of government projects, formed new national educational policy, and then passed down layer to layer to the other provinces and smaller cities. In rather remote places of China, the educators there probably don't know much about IOs, but rather they learn from the central government's policy. But that's a model I need to test.

Yes, this topic involves lots of aspects to look at. At the moment I'm struggling to figure out where to start and what methods I can use. But that’s fine, all the dots are going to connect. This topic connects all what I'm passionate about.

Let’s step back a little and have a look at some of the “the dots”, i.e. elements of your career so far. Maybe we start with your first experience going abroad.

The high school I went to has international exchange programmes with scholarships. I applied, got in and lived in Washington, DC for a year as a high school student. It was back in 2009, the Americans were very curious about China, everybody was excited to talk to me and asked me questions. That was the time I realized how important it is to foster communication between different cultures. And I decided to apply for colleges in the US because the way of teaching is very different from the one in China. I felt that I had enough of test-driven education. I wanted to be more engaged in communication and discussion. So I applied for undergraduate programmes and got into Georgetown's School of Foreign Services. The years at Georgetown was eye opening, I experienced real training in IR, and also had the chance to study at the London School of Economics for a year.

How did your shift to Education Policy Research happen?

When I studied IR in the US, I realized that it is ‘tricky’ to work in politics and security. As a Chinese, I can't work for the US government. Meanwhile, since I am trained in US, my chance of working for the Chinese government is low. Also, I wanted to learn more in a new field, and find overlapping terrain. In addition, my family - for generations, since my great grandparents - are all teachers. I was born in this teachers' community. Growing up, I've seen people whose lives are changed because of education, because of good teachers. In short: Education becomes part of my faith. That’s how I applied to Harvard’s Graduate School of Education and got in.

What struck me: After graduating from Harvard you went back to China – not to work in academia or public administration, but …

… to produce a musical, yes! During my undergraduate programme, every summer I was working for an investment company invested in cultural projects and supporting international exchanges. I really enjoyed it since I could combine my personal interests and with my job – as I'm a fan of musicals. After graduating from Harvard, I went back to China, and joined the company straight away. I was evaluating projects, purchasing copyrights from Broadway and transferred productions to China. After a couple of months, my boss asked me to have hands-on experiences to really understand the industry. At that time I had just bought a copyright for the Tony winning show A Gentleman's Guide to Love and Murder and was excited to bring it to China. My boss suggested: Why don't you just go ahead with the production? I was hesitant: I don't have any experience, I'm not a professional musical producer …. But I took the challenge. I spent about a year and half starting from buying the copyrights, then transformed the show to a Chinese version. I recruited the creatives and the performers, rented the theatre, all of that. And eventually, we brought the show on the stage and it was played for two months. That was a really cool experience! Although I have to admit, it's not always fun to transform your personally interests into work.

You suddenly don't have a hobby anymore, I guess.

Yes, when I watch a musical, I know too well every detail of the project, the costs and revenue, how much the performers get paid, everything. It's kind of troubling. I have to actually tell myself to forget all about that to actually enjoy the art itself.

After that your career took another turn: You co-founded a company.

After that production, I was exhausted and wanted to switch back to education. At that time, my friend invited me to join her company as a co-founder. She is a professional musical actress, who was trained in Hamburg. After her return to China, she noticed the professional training offered to musical actors in China was not qualified, so she started an arts educational school. By the time she invited me, she wanted to expand her business to also address to teenagers. Since I am trained in education and have worked in the musical industry, she asked me to join in. So I became a co-founder, helped her to establish new curricula, elaborated business proposals and went to pitch at a couple of investors. That year of being responsible for a company was stressful, with a lot of obstacles and challenges. But also really fun.

Is the company still existing?

Yes, my friend is still running it. I stepped back again, because my parts was kind of done. I then got a new opportunity, went to Beijing and started a new job: For about three years I was working for one of the largest education companies in the world. The company's main duty is to provide after-school tutoring programmes to children in China and some other countries.

What was your role in that company?

I was working in the department that collaborates with the government and with public schools. My job was to provide ‘solution plans’ to heads of public schools. One of the biggest problems in China’s education system is inequality. The quality of education varies hugely within China, even within a province, and sometimes even within a district. There are different approaches to tackle this problem, through improving educational content, curricula, textbooks, or via working with teachers on their professional development, and also education technology. My job was to visit a school or a district, evaluate the education quality, weighing the resources our company had, to then provide a solution plan and to see how we could collaborate.

Do public schools in China have any budgets to pay a private company to cooperate with them?

Yes. All the public schools are funded by the government, so each fund is designated to a specific use. Within that plan, there are several categories that can be used to work with private companies on technology, hardware, contents, etc. For instance, in China, there's a policy that encourages the use of educational technology. Schools can apply for this fund for the following year.

After three years you made the decision to return to academia? Why?

There is a difference between means and end. For most people, a PhD is a means to academia, a key to a professional academic career. But for me, the PhD itself is an end. I have a life-long bucket list that I have to tick, and the PhD is one of the boxes.

My interest is always in this field of IR and education, so I naturally want to know more about it. Another reason: I want to get serious research training. I think, training in logic and research is going to be beneficial no matter which paths I will take later. The third aspect is my family tradition. My father is a professor, and I grew up in this community where, within one household, there's at least one PhD.  When I explain to my family friends that I am doing my PhD, they immediately ask me: What is your research question? Your methodology?

It is natural to them …

Yes, because they are doing research themselves or were at least trained themselves before. It’s the community influence that helped me to make the decision to start doing my PhD.

Diana is more than happy to meet and talk with people about politics, culture and every-day life in China. She is also willing to help providing any resources people might need for research.