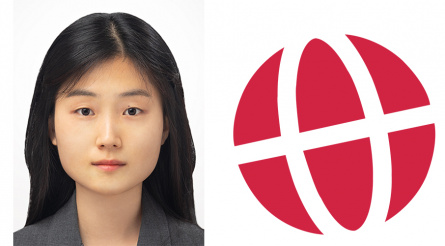 Migyeong Yun
Migyeong has joined project A07 recently where she will be studying the different paths that South Korea and Taiwan have taken with their long-termn care policies.

You have been working at CRC since the beginning of April. Have you settled well in Bremen?

I like this peaceful city. Particularly, I feel grateful for getting to know friendly people. They helped me with many things like finding a room and city registration. Thanks to them, I have settled well in Bremen so far.

What have you done before?

I studied for a bachelor's and master's degree in sociology in Seoul. During my master's programme, I focused on social policy and researched the development of long-term care insurance in South Korea for a master's thesis. Because I had longed to be an expert in welfare policy for the elderly since I was a high school student, it was a meaningful step to enhance my knowledge in that area.

What motivated you to apply to the CRC in Bremen?

While researching for my master's thesis, I employed policy diffusion as a theoretical resource. During the literature review, I found out that the CRC is one of the leading groups in policy diffusion research. My Korean advisory professor, who had studied at the University of Bremen, also highly recommended studying at the SOCIUM. After looking into its homepage and the ongoing research, I thought it fits me well.

You are now working in project A07 which is dedicated to studying long-term care policies. What was it that made you get so involved in this social policy field?

I have been interested in policies related to elderly welfare because elderly poverty is a severe issue in South Korea. Initially, I wanted to study income maintenance in old age. As I got to know that long-term care insurance had been introduced in 2007, however, I began to have an interest in long-term care as well. I thought that not only income transfer but also care service is an essential element for maintaining dignity in old age. Furthermore, the Korean case was interesting to me. That was why I chose to research the development of long-term care insurance in Korea for my master's thesis and keep studying long-term care.

What are your plans for your doctoral thesis?

I want to study the diverging paths of the long-term care systems in Korea and Taiwan. While South Korea has introduced long-term care insurance in 2007, the government of Taiwan discarded the plan for a similar system right before legislating a relevant act. I would like to investigate whether policy learning played a role in the two cases and, if so, why policy learning had these different outcomes.