Turkey responded to the effects of the pandemic with a mix of labour market policy instruments (to curb the rise in unemployment), one-off payments to the poorest households and unconventional social policy measures ("social policy by other means"), such as cheap loans. This bundle helped to mitigate the effects of the pandemic. But they also contributed to worsening the inequity between labour market insiders and outsiders, writes Kerem Öktem in his report for the CRC 1342 Social Policy Response Series.

The government's focus was clearly on protecting the formal labour market. It relaxed the requirements for receiving short-time benefits, banned layoffs of workers for a three-month period, and at the same time introduced the possibility of unpaid leave, during which workers could receive benefits from the state. Later in 2020, the state subsidised the return of workers to regular employment. These measures actually succeeded in keeping the increase in the unemployment rate low, but the burden was shifted from the companies to the state and to a large extent also to the workers, as the wage replacement benefits were equal to a maximum of 60% of the salary and were capped at 150% of the minimum wage.

Overall, Öktem writes, Turkey invested the second least of all G20 countries to offset the effects of the pandemic (the sum of expenditure and lost revenue was only 0.8% of its GDP). Instead, government policy emphasised social policies by other means, including credit protection, subsidised public loans, and tax and debt repayment deferrals.

Concessional lending already expired in mid-2020. It will be interesting to observe whether this will also apply to the temporarily introduced labour market reforms.

See the other parts of the series: CRC 1342 Covid-19 Social Policy Response Series 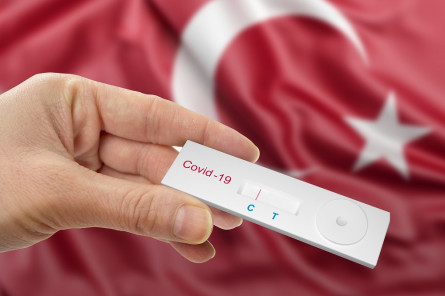