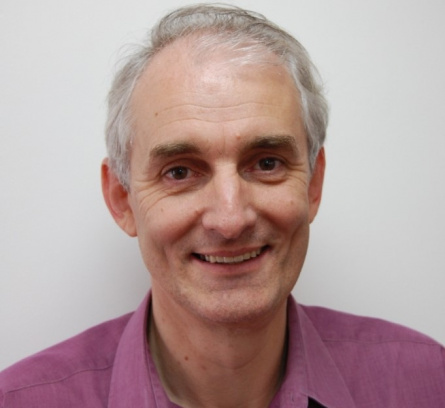 Dr. Stephen Devereux
The Mercator Fellow at CRC 1342 is investigating the influence of so-called "policy pollinators" on the spread of social protection in Africa.

Stephen Devereux, Mercator Fellow at the CRC 1342, presented his current research project in an online workshop on Thursday, in which he is investigating the role of international organisations, aid organisations and, in particular, individuals (advisors) in the dissemination of social protection programmes in Africa.

Devereux has identified 30 so-called policy pollinators, i.e. individuals who have been decisive in shaping the spread of social protection in Africa. So far, Devereux has interviewed 23 of them.

Among other things, Devereux asked his interviewees when and how social protection was introduced in Africa. The policy pollinators pointed to isolated pre-colonial and colonial programmes in Africa, but it is only since the 2000s that social protection programmes have been implemented in a large number of African countries. It was interesting to note that the term "social protection" was first coined by the Austrian Robert Holzmann, who was the World Bank's Sector Director Social Protection and Labor in the late 1990s.

The most "successful" policy pollinator, on the other hand, according to Devereux's interviewees, was Bernd Schubert, a German policy consultant who has worked for several development agencies. Schubert advocated focusing social protection on the poorest segments of the population and was a key player in introducing such programmes in Mozambique, Malawi, Liberia, Zimbabwe and Ethiopia. Although social protection and especially cash transfer programmes were considered unsuitable means of development cooperation by the German Ministry for Economic Cooperation, Bernd Schubert succeeded in obtaining funds for a pilot project in Mozambique in 1989. Ten years later, he managed to do something similar in Zambia, where he used funding to fight AIDS for a cash transfer programme.

Later in the presentation, Devereux used his interviews to show how controversial the choice of Social Protection's target group is among policy pollinators. While some advocate concentrating funds on the poorest segments of the population, others seek to include the entire population.

Devereux concluded by pointing out two dilemmas: On the one hand, the interviews contain a lot of information and anecdotes that are to be treated confidentially, i.e. they can hardly be used for scientific analysis. In addition, the interviews include sections that contain derogatory statements about countries and individuals, which makes their publication problematic. On the other hand, Stephen Devereux himself was named by his interview partners as an important policy polinator in the field of social protection, since he has been publishing on the topic since the early 2000s. Devereux is still searching for an answer to the question of how he deals with this circumstance.

Stephen Devereux will publish the results of his work in a monograph that will be part of the "Global Dynamics of Social Policy" series edited by SFB 1342 and published by Palgrave Macmillan.