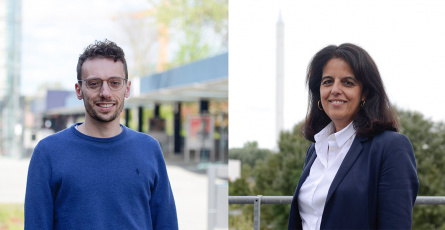 The AHILA Congress took place in Paris from 23-27 August 2021, at which Delia González de Reufels and Simon Gerards Iglesias from project B02 presented and discussed their research findings in a separate panel on the history of social policy in Latin America. Under the title "Los vínculos de las políticas sociales estatales en Amércia Latina y sus representaciones mediáticas, siglos XIX y XX", the two-day panel brought together established historians who spoke about their projects on the history of public social policy and its representation in the media.

The focus was on the policy fields of work, education, health and housing, and their historical development as well as special social policy instruments were examined. The contributions examined both the nation-state conditions in the countries Argentina, Brazil, Chile, Mexico and Uruguay and the processes of transnational exchange, the transfer of knowledge and ideas. The importance of gender for the historical analysis of social policy was highlighted, as was the role of photography and the medium of film and television. Claudia Agostoni from the UNAM in Mexico, Washington Dener Santos Cunha from the Universidade do Estado do Rio do Janeiro in Brazil and Maria Rosa Gudiños from the Universidad Nacional Pedagógica in Mexico as well as eight young Latin American historians gave presentations that also discussed the research problems and the particular challenges of empirical research.

Delia González de Reufels focused on the role of the Chilean armed forces in the development of social policy since the late 19th century and the links between "warfare and welfare" in this pioneering country of Latin American social policy. Simon Gerards Iglesias presented his dissertation project on Argentina's relations with the International Labour Organisation (ILO) and underlined the importance of transnational knowledge production for the formation of social policy. Martín Cortina Escudero, who is researching in the SFB sub-project B03, presented his findings on the importance of the colonial past for the formation of social policy, as did

Teresa Huhle, who left SFB 1342 this spring, who spoke about the connection between education and health using the example of Uruguayan "open-air schools".